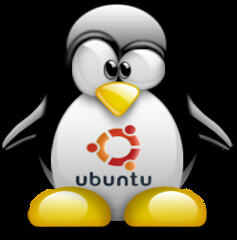 So I discovered that Guitar Pro 5 “works” with wine (after installing Kubuntu 64 09.04). I say “works” because the MIDI part doesn’t (though there are lots of guides to wrap timidly around wine), but GP5 uses RSE (real sound engine I think), so some of the instruments don’t use MIDI. It’s close enough to practice against.

I also got TF2 to “work” but unfortunately won’t be a replacement any time soon. The latest wine “supports” DirectX9, but I had to turn all the effects to their lowest settings and it was just at an acceptable frame rate. The full gaming experience is still had on the Windows side of my dual boot setup.

At this point however, video editing, photo editing, and guitar work are now completely on the Linux side (with the help of VirtualBox for running Lightroom). Basically if I need it now, its a web app via Firefox, native linux, or Windows via VM.

I’m very glad I installed Jaunty (Kubuntu 09.04) as a fresh install, though I probably would have installed the 32bit version if I had to do it over again. 64bit is just too much of a hassle right now as not everything is ported over (and many things won’t be so you need a 32bit compatibility layer anyway). Specifically, Adobe Air isn’t out yet for 64bit systems… so I need to figure out how to get that up with a 32bit wrapper. Anyway, long story short, stick with 32bit for now unless you’re into serious floating point computing for you have an ungodly amount of memory on your system.